she used to climb trees… 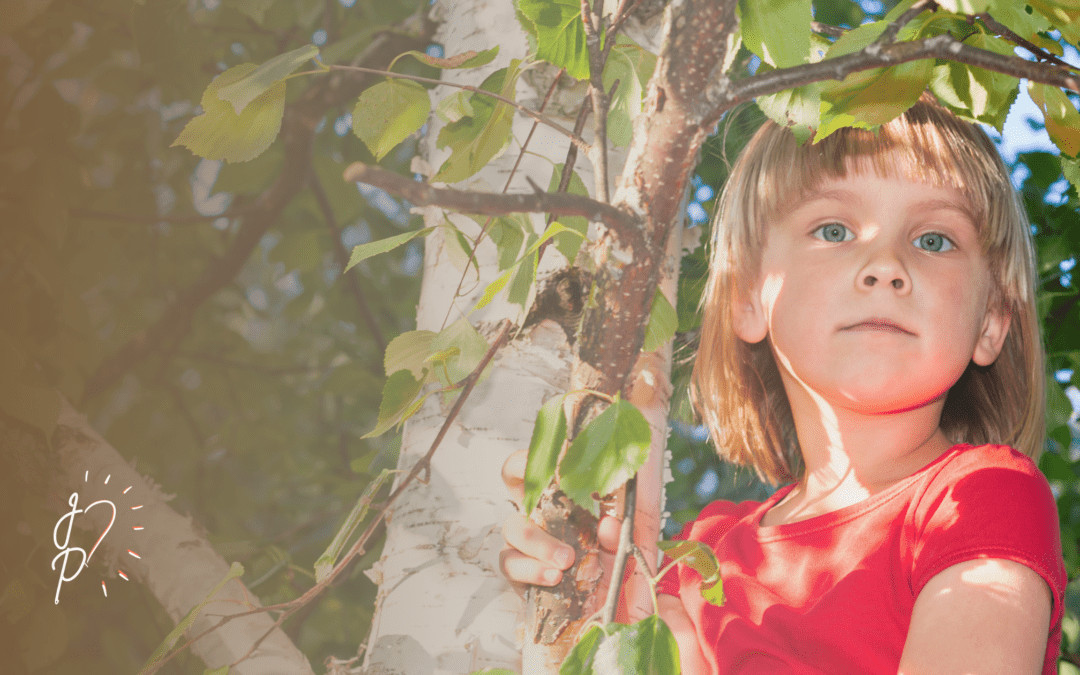 She used to climb trees, enjoying the thrill of her strong body skillfully navigating the higher branches, while happily wearing her brothers’ clothes. Riding her bike for hours, excitedly peddling up hills while anticipating the rush of lifting her feet off the pedals as she flew at great speed down the other side. Her body was her fun and robust friend to adventure with; they always had a blast together.

“Soon, your bottom will change,” a family member commented, looking at her. Something in the energy of the words made her stomach turn– why was someone else noticing and commenting on my bottom? She wondered.

Soon afterward, she noticed sideways looks from men her father’s age, observing her body change, as though she didn’t have peripheral vision. There was that icky energy again.

In her teens, she was astounded by the free-for-all on commenting on her body. It seemed to be uncomfortably interesting to so many. Family members, family friends, their co-workers, strangers she just met– legs, bottom, and now boobs too, leering and objectifying disguised as lighthearted jokes that were to be received as compliments. She could see it all clearly. It was not okay, and it made her furious inside, but her small-town community still held this as acceptable behavior.  When she showed any irritation, she was accused of not having a sense of humor, and older females coached her to ‘just ignore them.’ Pushing her fury downwards inside, she quickly developed new survival skills to navigate awkward and often abusive and frightening situations without making anyone else uncomfortable — especially for some reason, the males persecuting her at that moment.

She wasn’t sure how she felt about her body anymore. Her inner fury and the icky energy she was receiving had to go somewhere; she turned it towards herself. She abandoned her strong, fun, and adventurous friend and joined everyone else, objectifying herself. Somehow it made sense at the time, as a piece of her brain snapped at way too many comments that long exhausting year. She bought into the concept that her body ‘should look a certain way’ to please others.

Wounded, she accepted this as her new truth, which in her teens involved withholding food from herself and then comfort eating, followed by hours in the gym working to be ‘enough.’ She became an expert at disconnecting from her old adventurous friend and the complex and intense emotions about it right below the surface.

Meanwhile, her body powerfully carried two healthy babies to term, nursed and sustained them. It stayed up all night to nurture sick children, chased them around at the playground, built forts, and later stood in goal as soccer balls needed to be saved for their entertainment. It walked around airconditioned supermarkets, seemingly endlessly moving products from shelves, to carts, to the car to the fridge. It scrubbed, cleaned, pruned, walked the dog, ran errands for friends, and facilitated endless cuddles.

While carrying an extra 30 pounds, her body was sometimes the butt of some fat jokes (because her body was, of course, still open to be judged and commented on by others). Still, it was better than the earlier attention and all the ‘ick’ she had locked away somewhere very deep inside. Keeping the weight on felt safe.

Much of her blessed and abundant life had a side of sadness attached to it, and she wasn’t sure why. She had not yet identified the emotion as being the sadness of her body. The friend that had loved and supported her family all these years, while being ignored and judged instead celebrated. It still showed up for her fully each day but was sad at the self-disconnection and sabotage. As her body patiently and faithfully waited for the long-withheld love, it began to deteriorate naturally, signaling distress with aches and pains.

Reluctantly having to pay closer attention to her body’s needs at first, more vegetables were consumed for the nutrients needed instead of how they made her body look. Exercise and hydration were focused on improving muscle function, not the appearance of tone or a preferred shape. Without realizing it, she had began to work with, instead of against, her own body. Rest and quiet moments were intentionally chosen for spirit to feed her soul and heal her wounds. She began to choose kind words to describe her body and secretly appreciate and praise it for all it has achieved. She did this secretly because she had learned that her voice alone was the only feedback that mattered to her body. Her body is her business alone – “I’m so sorry,” she whispered, “Thank you, I love you” she added, as they reconnected in light inside of her.

Her mind-body and spirit were once again in harmony, and she was able to grow in self-love and feel a sense of joy that reconnected her back to her days climbing trees and riding bikes until twilight in her youth with her brother.

No longer sad and growing in confidence, strength, and durability, her body continued to proudly sustain her through a fulfilling career and as a busy and needed grandparent. Her sacred vessel was finally being treated with the love and respect it had always deserved.

She reflected on her healing journey during long walking adventures, smiling as she past the beautiful tall trees she once climbed with her fun and robust friend, with gratitude bursting from her heart and her soul finally at peace.

Sink deeper into what it means to fully choose yourself, in A Woman’s word by Joanna:

“Beautiful souls, our time to rise is now. But first we need to stop believing the lie that every other woman has it all together except us”.

Bombarded with unrealistic societal messages about what being successful as a woman looks like, A Woman’s Word is a compelling and refreshing confirmation that we all doubt ourselves, break down in tears, struggle with comparison and wonder if we are ‘enough’ at times.

Joanna Peters has had the honor of standing beside some seriously remarkable warriors on their healing journeys. Leveling the ‘secret shame’ playing field with no topic off-limits, she shares her first-hand account of nine women’s heartwarming, emotional, and empowering healing stories and their brave journeys from darkness to light. She shares their courageous and complicated stories in support of all women, so we can see ourselves in their struggle and find a way forward in our lives.

Too often, our journey to peace is compromised by trying to hide the fact that we are a human with flaws. Darkness is a part of everyone’s journey that needs a light shined through it to heal.

Follow Rosa’s heart-wrenching journey through teen addiction and homelessness, Sophia’s relatable struggle with perfectionism and anxiety in corporate while battling secret shame, or cry with Brenda as she fumbles through motherhood battling depression and devastating grief.

A Woman’s Word shares the raw and empowering true stories of nine brave women healing from the darkness of trauma that beckons and inspires healing, acceptance and self-love in us all. 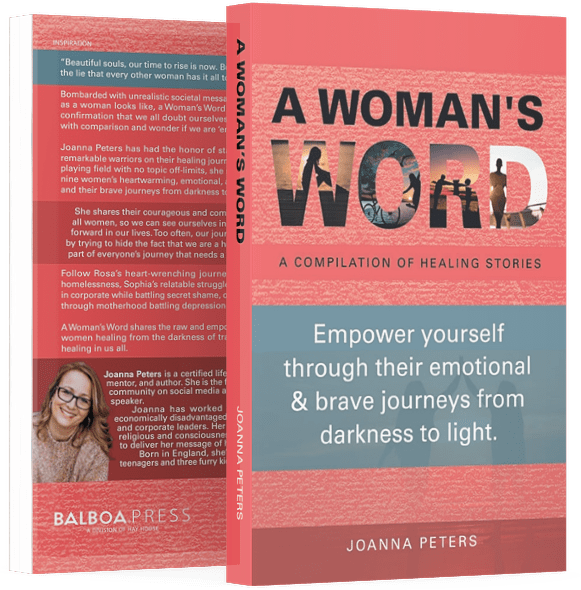